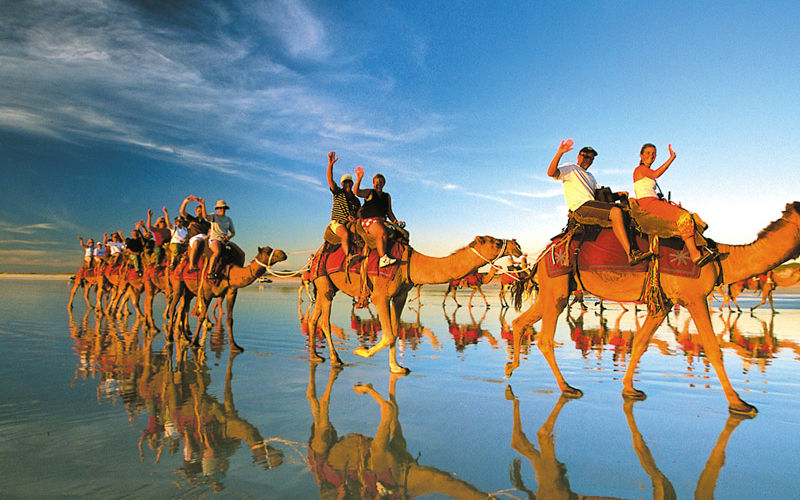 There are many opportunities to learn about the culture and history of the Kimberley area on a day tour from Broome. Two popular destinations which will provide this opportunity include the Mowanjum Aboriginal Art & Cultural Centre and Windjana Gorge. Visitors will experience the local art and culture with day trips from Broome, while also learning about the formation and history of the Windjana Gorge. So, what can you experience with Broome day tours?

Take a trip to the Mowanjum Aboriginal Art & Cultural Centre and experience the history, culture and language or the local Ngarinyin, Worrorra and Wunumbal tribs. These three language groups share similar beliefs and make up the Mowanjum community outside of Derby.

The Mowanjum Aboriginal Art & Cultural Centre is located 12 kilometres from Derby and 220 kilometres from Broome along the Gibb River Road. In 2000 the centre was previously an artists’ association, however today it is a fully Aboriginal owned organisation.

The three language groups which make up the Mowanjum community share Wandjina beliefs and marriage customs. Windjina is believed to be the supreme spirit being and the creator of all things. The Mowanjum community also have linguistic similarities. Their traditional land extends from the north of Derby to Kalumburu and from the coast to Gibb River Road.

The Mowanjum Aboriginal Art & Cultural Centre is a supportive environment for the creative and cultural expressions of the local people of the Northwest Kimberley, which is shared with up to 25,000 visitors every year. The centre holds workshops, exhibitions and community projects. There is also the annual Mowanjum festival, one of Australia’s longest running indigenous festivals.

Windjana Gorge is a wide gorge cutting through the Napier Range, which is part of an ancient reef system which can also be seen at Tunnel Creek. The walls of the gorge rise up to 100 metres on either side with unique limestone, different from anywhere else in the Kimberley.

The Windjana Gorge was formed from the Devonian reef system around 350 million years ago. It is part of the same system that also formed Tunnel Creek and Geikie Gorge. When the Europeans first arrived in this area the gorge became a battle ground between the local Aboriginal people and the police in the 1860s. Many of the Indigenous people found themselves torn between their traditional ways and the new opportunities offered.

Windjana Gorge offers a camping area with showers, toilets and a BBQ area. However, this area is closed between April and November. Road conditions should be checked during the wet season, as often the area becomes impassable during this time.

There’s much more on offer with Broome day tours. To find out more about our exciting day trips from Broome contact the friendly staff at InStyle Adventures for more information.

4WD Tour or Self Drive, Which is a Better Way to Explore the Kimberley Region?