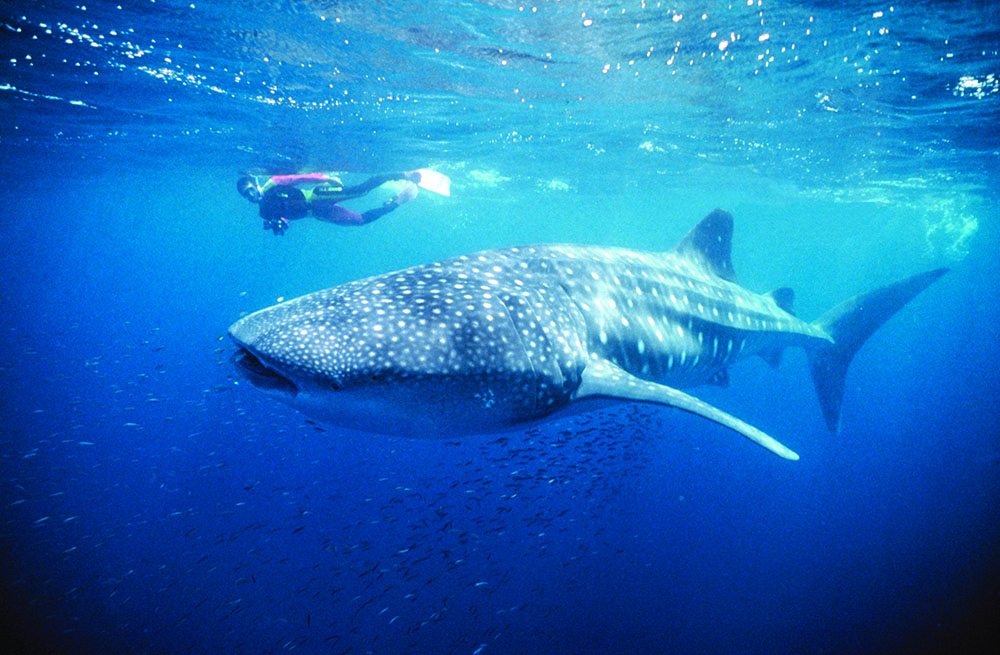 To protect the reef and its lifeforms, in 1987 the Ningaloo Reef was declared a marine park. The reef was also given the UNESCO heritage listing in 2011. The Ningaloo Reef runs near the shoreline of the coast and in some places the reef is only a few steps from the beach. While the majority of coral reefs are well offshore, this makes the Ningaloo Reef the perfect place for easy snorkelling and land fishing.

The Ningaloo Reef consists of an inner lagoon and a deeper outer reef, this creates an environment teaming with colourful coral and countless species of fish. There are many other varieties of marine life that you may see in the area including: turtles, manta rays, whale sharks, dolphins and humpback whales.

Between June and November, you can see humpback whales as they migrate through the region twice a year. Their northern migration occurs during autumn and they return for their southern migration in spring. Blue whales and sperm whales have also been seen in the offshore regions, and even killer whales.

During winter the Ningaloo Reef provides a migratory route for humpback whales, dolphins, manta rays and dugongs. The reef and beaches also provide a nesting area for hawksbill, green and loggerhead turtles. From late January and into February you may see rare turtle species hatching in the area.

The Ningaloo Reef is a natural wonderland with countless snorkel sites for all levels and abilities. You will find crystal clear lagoons which are protected by the outer edge of the reef. The lagoon averages about 2-4 meters deep and is home to an incredibly diverse and rich variety of marine life.

Only kilometres offshore you’ll find the continental shelf, making the Ningaloo Reef a great fishing spot. A popular pastime for many is land based fishing, producing amazing reef species. Other popular activities include squid fishing and mud crabbing. The Ningaloo Marine Park has sanctuary areas where fishing is strictly prohibited, however there are many other areas to fish, with 66 percent of the reef available for fishing.

The Best Attractions to See in Kununurra

4WD Tour or Self Drive, Which is a Better Way to Explore the Kimberley Region?